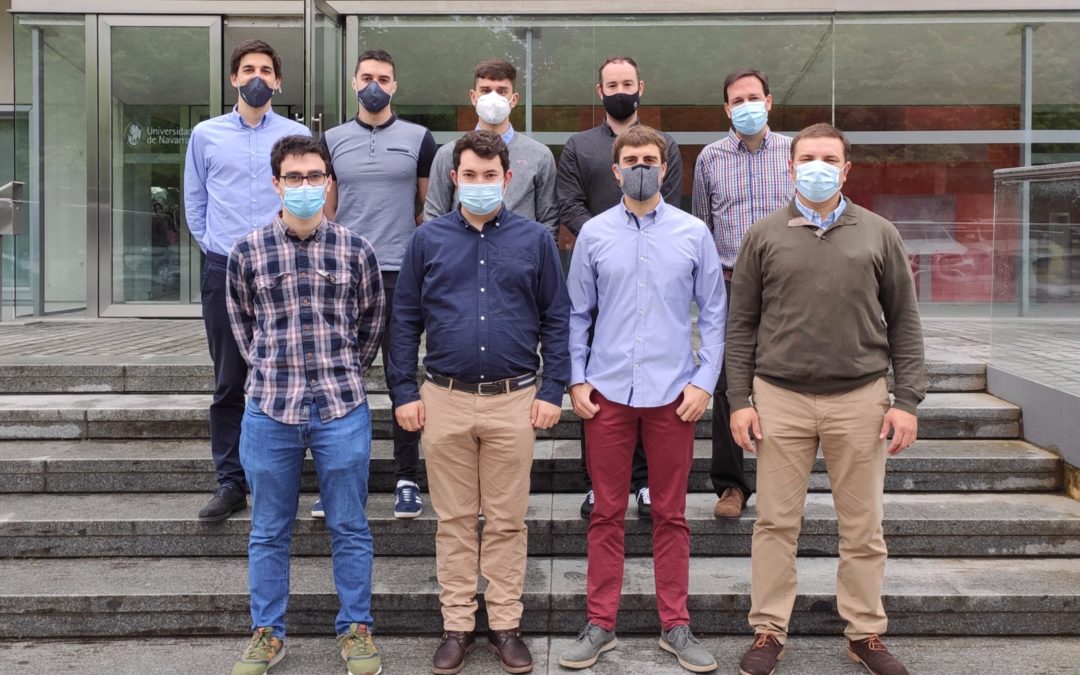 The project envisages the design of an experimental electric motor that will be lighter and smaller than the current turbines, but with the same performance as an aircraft for over 50 passengers

Air transport is one of the sources of greenhouse gas emissions undergoing greater growth in recent years. According to the European Parliament, this sector’s emissions have grown by 128.7% from 1990 to 2017, and constitute 3.42% of the total emissions, mainly due to a strong increase in international trade.

To mitigate this impact, a business consortium led by the research centre Ceit, member of the Basque Research & Technology Alliance (BRTA), has developed an ambitious European project, HIVOMOT (HIgh power and VOltage operation of electric MOTors in aeronautics), working to design an experimental electric motor prototype for aircraft propulsion.

According to Ceit Transport and Energy division researcher, Marco Satrústegui, it aims ‘to develop an experimental electric motor that will be smaller and lighter than current turbines, operated with High Temperature Superconducting (HTS) technology based on superconducting materials, and offering the same performance as gas turbines used by commercial airplanes for over 50 passengers.”

At present, electric airplanes in operation are small, use current technology and require less power. Electric motors used until now in urban transport vehicles, wind power, industry, etc. are based on a neodymium magnet system mounted on the rotor. This technology, according to the Ceit researcher, is already “close to the limit” in terms of capacity and requires solutions offering increased efficiency.

As an alternative to this system, the consortium led by Ceit will implement HTS technology to provide greater propulsion power with reduced weight and to achieve similar performance to that of a gas turbine. In particular, the aim is to achieve rotations at speeds of 3,000 rpm and 2 MW power; i.e. 20 times the power required by an electric car.

Nevertheless, to operate effectively, this technology requires very demanding cooling conditions (-200 oC), to enable superconducting materials to harness all its potential while preventing losses. For this reason, one of the challenges faced by this working group is to obtain increased cooling capacity in order to implement it in the new motor. The dimensions and weight of this new engine will be significantly lower than those found in conventional propulsion devices.

Moreover, this new prototype needs to address the challenge related to electrical insulation performance at high-altitude conditions. Marco Satrústegui clarified that “as altitude increases, air properties change and conditions guaranteeing insulation of the static part of the motor worsen”. This calls for a solution enabling reinforcement of such insulation with elements providing greater capacity than that offered by those used on the surface.

To achieve this, the centre’s Transport and Energy division plans to conduct different laboratory tests consisting of testing current insulation technologies at high-altitude conditions using climate chambers to analyse their response. Based on these results, researchers expect to be able to forecast its behaviour at hight-altitude conditions, and obtain the information required to design suitable insulation for the new motor.

The project led by Ceit also includes Antec Magnets, Suprasys and Alconza Berango, and is part of the European Clean Sky 2 programme, which aims to develop new technologies increasing the environmental efficiency of commercial and passenger airplanes. Ceit has over 25 years expertise in this sector, participating in the design and manufacturing of different types of electrical machinery and equipment in the fields of transport, energy and elevation, among others.

Several research studies have been carried out to replace gas turbines with electric motors, but most of them are at a theoretical and academic level. However, according to Satrústegui, the HIVOMOT project constitutes “a step forward and focuses on the application”.

The HIVOMOT project development has attracted “significant attention” from the major players in the European aerospace industry. Marco Satrústegui added that the project advisory council, created at the request of the European Union, includes representatives from Airbus, Rolls Royce’s subsidiary ITP, Indra, Safran and Egile; and claimed that “all of them want to be kept up to date of our progress. They, in turn, give us feedback and report on requirements and different conditions to be met by the motor, its performance, viability of developments, etc.”

The HIVOMOT project, launched at the beginning of 2021 and to be developed until June 2023, is funded by the EU Horizon 2020 framework program. 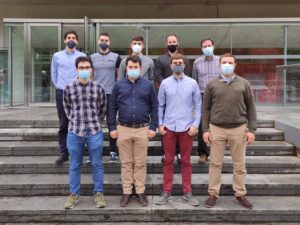 Link to the news

Link to the news Noticias de Gipuzkoa and pdf version

Link to the news Interempresas

Link to the news Movilidad Eléctrica

HIgh power and VOltage operation of electric MOTors in aeronautics